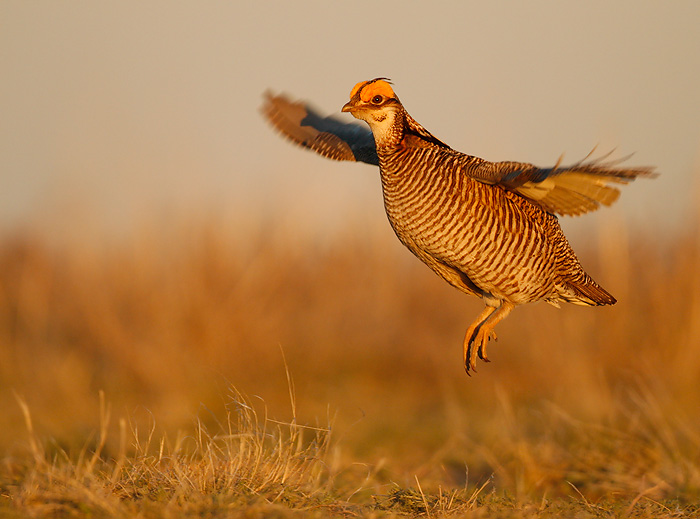 ALBUQUERQUE, N.M. (AP) — Environmentalists are questioning spending by wildlife managers who oversee a conservation effort for the lesser prairie chicken after money was used on a building and salaries rather than on projects to help the bird.

Once listed as a threatened species, the chicken’s habitat spans parts of five states — including a portion of the oil-rich Permian Basin. Environmentalists have been pushing to reinstate federal protections for the the bird, while the Western Association of Fish and Wildlife Agencies has been working with states and the oil and gas industry on a pair of voluntary conservation programs.

The Center for Biological Diversity pointed to an audit of the nonprofit association that was recently made public, saying the conservation program was not properly managed and money was wasted on the purchase of a building in Idaho to house staff. The group also claims the association wrongfully paid staff salaries about of the program’s endowment.

A redacted copy of the audit was released by the association Thursday as part of its latest annual report. The document cites a “highly divided culture between the conservation program staff and the accounting staff” that has resulted in inadequate reporting, an ineffective budget process and a need for better financial controls.

The auditor estimated that between $5 million and $7 million had been diverted from conservation endowment accounts and were improperly used to cover administrative costs. Money was also improperly transferred from the endowments to pay landowners who signed conservation agreements, according to the audit.

“The audit’s conclusions make clear WAFWA grossly mismanaged efforts to save the lesser prairie chicken from extinction,” Noah Greenwald with the Center for Biological Diversity said in a statement. “Given these revelations, there’s no question these magnificent dancing birds need the Endangered Species Act’s protections to have any hope of survival.”

Chris Moore, the association’s executive director, said Friday that his group disagrees with a number of the audit findings but acknowledges that there are financial and administrative issues that need to be addressed. He said the association acted immediately to improve its short-term financial situation and overall organizational structure and continues to implement new procedures and approaches as a result of the recommendations.

That includes revising business plans and forming an investment committee of financial experts that will offer advise on management of the endowment funds that support lesser prairie-chicken conservation.

A consultant also is working with the association, federal wildlife managers, industry and landowners to craft more recommendations that will be part of a broader “realignment” to improve the effectiveness of the conservation efforts.

The realignment will come as the U.S. Fish and Wildlife Service reviews whether to propose the lesser prairie chicken for listing under the Endangered Species Act. An announcement is expected in May 2021. If federal officials determine a listing is warranted, it would take another year for a final decision to be issued.

Environmentalists consider the bird severely threatened, citing lost and fragmented habitat as the result of oil and gas development, livestock grazing, farming and the building of roads and power lines. Once thought to number more than 3 million, they say surveys show the lesser prairie chicken population has dropped below 40,000.

Copyright 2020 The Associated Press. All rights reserved. This material may not be published, broadcast, rewritten or redistributed without permission.

Learn More About This Project