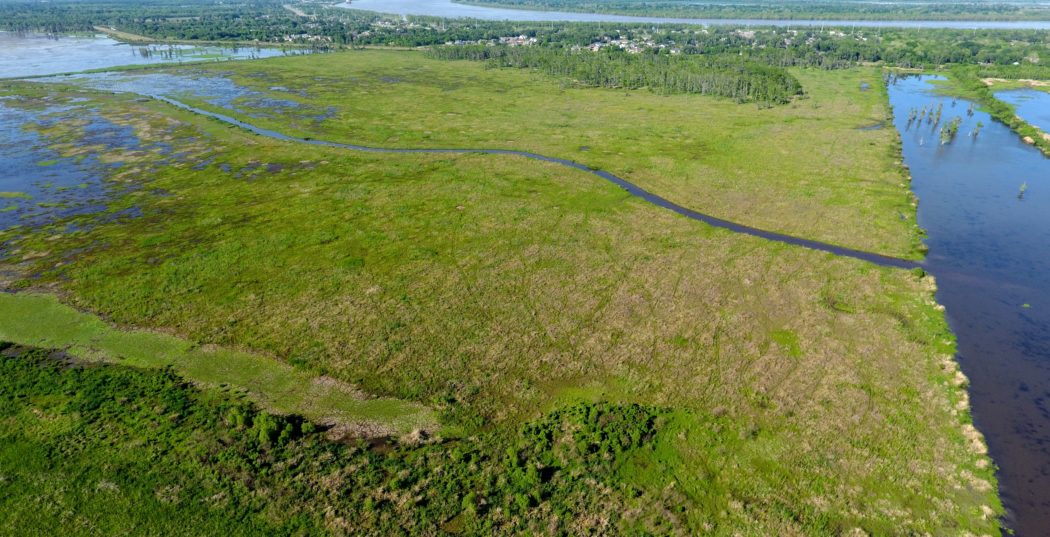 An emergency program set up by the Louisiana Legislature three years ago to stem the dramatic loss of the state’s coastal wetlands has yet to restore a single acre.

“There’s just been a lot of squandered opportunity,” said Michael Ellison, former executive director of the state’s Coastal Protection and Restoration Authority, who left after a five-month stint in 2018 over disagreements about the program.

“If you have an emergency of coastal land loss, you might want to use every tool available to expedite the solutions, and they are dragging their feet,” he added.

At issue is the Pay for Success program, which changed CPRA’s contracting procedures. The program allowed the agency, formed in the wake of Hurricane Katrina in 2005, to pay wetland-restoration companies after they completed work, rather than in advance. It also allowed the agency to withhold some payments from developer until years after a restoration project is complete. Withholding payments from developers had two potential benefits for the state: ensuring that restoration projects produced what the developers promised and addressing cash flow problems by allowing restoration to begin before the agency had cash on hand.

Cash availability is critical. While the Pelican State technically has $7.2 billion from petroleum giant BP PLC — which was responsible for the massive 2010 Gulf of Mexico oil spill — to spend on coastal restoration over the next 15 years, Louisiana can’t get to that money quickly or without federal approval.

Environmental groups initially saw the program as a crucial strategy for slowing the rate of wetlands loss in Louisiana, where one football field of coastal marshes disappears every 38 minutes.

Three years later, many are concerned that CPRA isn’t serious about the program, and fear the state agency is backing away from many of its key components.

“In a race against time, time matters.”  – Steve Cochran

Last summer, CPRA issued a request for proposals asking developers how much marshland they could restore for $65 million or less. Each bidder had to agree not to be paid the last 20% of their bid until five years after construction was complete and paid only if computer modeling at the time shows at least 80% of the marsh will remain 20 years into the future — a feature meant to ensure the projects withstand the test of time. The contractors also agreed that the state could “claw back” previous payments within 20 years of construction being completed, if the restored marsh habitat doesn’t last.

But CPRA ultimately rejected all four bids it received. Though each came in below the $65 million budget, CPRA decided the price per acre of each was too high.

“When we did our value for money analysis, looking at historical costs, we felt like if we did it the traditional way, we could put more acres in the ground,” said Maury Chatellier, chief of the CPRA Project Management Division. The developers hit back, asking the Environmental Policy Innovation Center (EPIC), which advocates for bringing private-sector investments into conservation, to review CPRA’s analysis.

That review found CPRA had “undervalued” the fact that contractors were being asked to restore wetlands with a guarantee that at least 80% of the new habitat would remain for 20 years — a requirement CPRA hasn’t before placed on other restoration projects.

“The agency should recognize that this requirement makes these and future projects fundamentally different than past efforts because there is a significant and valuable risk transfer from the state to contractors,” the review found. Bidders like George Howard also say CPRA undervalued the benefits of getting restoration projects off the ground sooner, before they can be paid for.

The bid from Howard’s company, Restoration Systems, received the highest technical score from CPRA. It was also the second cheapest bid, coming in at $64.7 million, or $92,000 per acre.

If CPRA hadn’t rejected his bid, said Howard, he would already be restoring wetlands in Barataria Bay.

“There is absolutely no excuse for not moving forward with the acquisition of these projects as first envisioned,” he said.

Chatellier disputes the notion that time is money. He says costs for dredging — needed to access sediment that will be sprayed over restoration areas to create new wetlands — are at a high in Louisiana right now and could drop in the future.

“The demand for dredgers is so significant that the cost is going up. We don’t know if that will maintain itself in the future,” he said. “Is the cost of diesel going to be double or a third less than what it is going to be today? You don’t know that. You don’t know the demand of the dredging industry and if in five years there will be equipment sitting idle that we will get a better deal on than we are today, so it is very hard to quantify.”

It wasn’t just CPRA that rejected the bids. Federal officials acting as trustees over the BP oil spill money also took issue with the proposals for similar reasons. They did not respond to requests for comment.

But Ellison says CPRA still shoulders most of the blame. He notes that the agency has lobbied for federal support of its diversion programs, and said if CPRA truly backed Pay for Success it could have asked political appointees at the Department of the Interior and NOAA about stepping in.

“If they had emphasized it equal to the diversion projects, they could have thousands of acres of restoration being done right now,” he said. “The Trump administration wants to cut red tape, particularly in the area of the environment, so this whole situation was very ripe for intervention if CPRA wanted it.”

“I don’t think Donald Trump would stand for millions of dollars going unused while the government tries to do something better than the private sector can,” he said.

Ellison said he believes Pay for Success has been hampered by CPRA staff who are used to designing and building their own restoration projects and don’t want to “relinquish control” to the private sector, even if it would accelerate ecological work.

“I know for a fact that some very good projects were submitted by very capable and experienced teams,” said Ellison, who previously ran North Carolina’s wetlands mitigation program. “And they do look expensive in some ways, but if you look at the fact that the contractors are accountable for performance metrics in ways that are objectively quantifiable, there is value in knowing you get what you paid for.”

Chatellier didn’t argue that CPRA would rather do the restoration work itself, but noted the BP money is the only funding Louisiana knows will be available in a few years, while state budgets are subject to change.

“If we had the money in the bank, we would just go build the project,” he said. “And if we had the ability to borrow the money, we would do the project ourselves. But we have no other immediate source to bring in the out-year dollars.”

Ellison said CPRA’s reticence to move forward with Pay for Success contrasts with its support of a $2 billion plan to divert fresh water and sediment from the Mississippi River into Barataria Bay as a way of rebuilding wetlands there.

“Pay for Success is a good contracting method because it reduces uncertainty, versus this diversion program is entirely based on computer models, and you have to spend $1.4 billion before you know if it’s going to work,” he said.

‘Take the leap of faith’ CPRA is currently working on a new request for proposals to spend the BP oil money. Supporters of Pay for Success say options on the table signal the agency is backing away from the performance-based model they were so excited about.

At a February meeting, Chatellier told the CPRA board that one option would be to pay contractors for restoration immediately after construction is complete.

“If companies are paid when construction is done, that’s no longer an ecological outcome-based program,” he said. “This is the only program of its kind in the country, and I’m concerned that the state is killing it. The state Legislature gave CPRA license to take a leap of faith, so I want them to take the leap of faith.”

Cochran, at EDF, gives CPRA a little more credit. He says it’s hard to underestimate the bind Louisiana is in because it can’t access the BP oil funds until after a restoration project is complete. That means the state will prioritize contracting methods where the money comes from the private sector.

“This is the only program of its kind in the country, and I’m concerned that the state is killing it.” – Tim Male

“Being able to get the money on the front end really matters a lot here, and you might even be willing to trade some things on the ecological side to be able to do that,” he said.

Chatellier said all options CPRA is considering came from discussions with contractors themselves on how to reduce costs. But EPIC’s report suggested only withholding the last 20% of payments for three years, rather than five years, not eliminating performance-based payments altogether.

He also suggested another change to the Pay for Success program to help ensure restoration projects are successful, even without holding back funds: Chatellier wants to “embed” CPRA staff in developers’ teams as they design their restoration projects. That would allow CPRA to account for exactly where restoration costs are coming from and how much developers plan to profit from the projects.

Chatellier says having experienced state staff working with developers could reduce the amount of risk private companies take on by ensuring the restorations will be successful, and reduce their costs to boot.

“From a large-scale marsh ecosystem restoration perspective, we do it better than anybody, that’s what we do,” he said. “If you’re not looking under the hood or holding [developers] to success criteria, how do you know if you are getting the keys to a Mercedes or to a Honda? You don’t know. The only way is to look under the hood.”

But the idea is sure to alienate private contractors who don’t feel they should be punished for making a profit off environmental restoration work, said Male.

“That’s not how the state does any other kind of contracting,” he said. “You wouldn’t embed someone at Dell to figure out how much making the keyboard and the monitor cost and how much the company made off of selling you a computer. Developers don’t want to do that.”