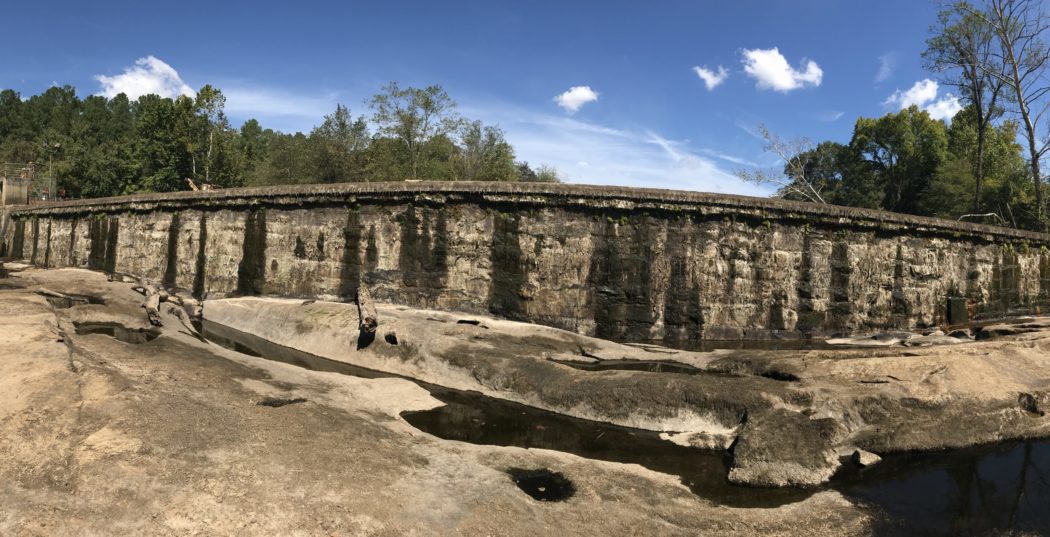 RALEIGH
Less than two weeks after workers began clawing away at it, the Milburnie Dam is gone, and the Neuse River is flowing freely through Raleigh for the first time in centuries.

The dam was built of stone and concrete in about 1900 to harness the river for power, creating what was essentially a narrow six-mile-long lake on the east side of Raleigh. It replaced a timber dam that was built to power a paper mill before the Civil War and which succeeded earlier dams, said George Howard, CEO of of Restoration Systems, the Raleigh company that is removing it.

Restoration Systems is spending millions to restore this stretch of the river to its natural state. The company will make that back by selling mitigation credits to governments or developers who are required to compensate for destroying streams and wetlands elsewhere.

Its largest customer, Howard said, will likely be the N.C. Department of Transportation, which will in essence pay to restore six miles of the Neuse River to partially make up for the streams and other habitat it will destroy in building N.C. 540 across southern Wake County in the coming years.

Demolishing the part of the dam that blocked the river took about half as long as expected, Howard said. The dry weather and low river flow have been ideal for taking down a dam, he said.

And it turned out the dam was not nearly as substantial as it appeared. The structure was much narrower at its base than Restoration Systems thought, Howard said.

“Also significant, it turned out the ‘boulders’ were only a dressing on the face and the rear of the dam, and disguised a deteriorating and easily demolished antique concrete interior,” he wrote in an email.

Howard said workers will remain at the site for at least another six weeks to remove the powerhouse and build a low wall on Raleigh Beach, a gathering place just downstream from the dam site. The area is accessible from the Neuse River Greenway Trail.

The Milburnie Dam was the last one between Falls Lake and Pamlico Sound. Removing it will allow migratory fish such as shad and striped bass to make their way to northern Wake County to spawn.

It will take some time for this stretch of the Neuse to return to its natural condition. Sand and sediment that built up behind the dam will move downstream; rare mussels found in the river above and below the Milburnie impoundment are expected to move into this stretch of the river; and 15.5 acres of wetlands along the impoundment will slowly adjust to the lower water levels.

Restoration Systems will plant more than a thousand trees along the river to help stabilize its banks. In addition, Howard wrote, “The newly exposed banks of the river will explode with vegetation this spring, about the time the shad run, adding more stability to the banks.”

The company plans to hold a shad fry at Raleigh Beach sometime in the spring.

Milburnie Dam stood about 15 feet high and was built on a rock outcropping that now creates some white water on the river. Restoration Systems has released a video shot from a drone last week that shows two paddle boarders riding on the free-flowing river at what had once been a lake.