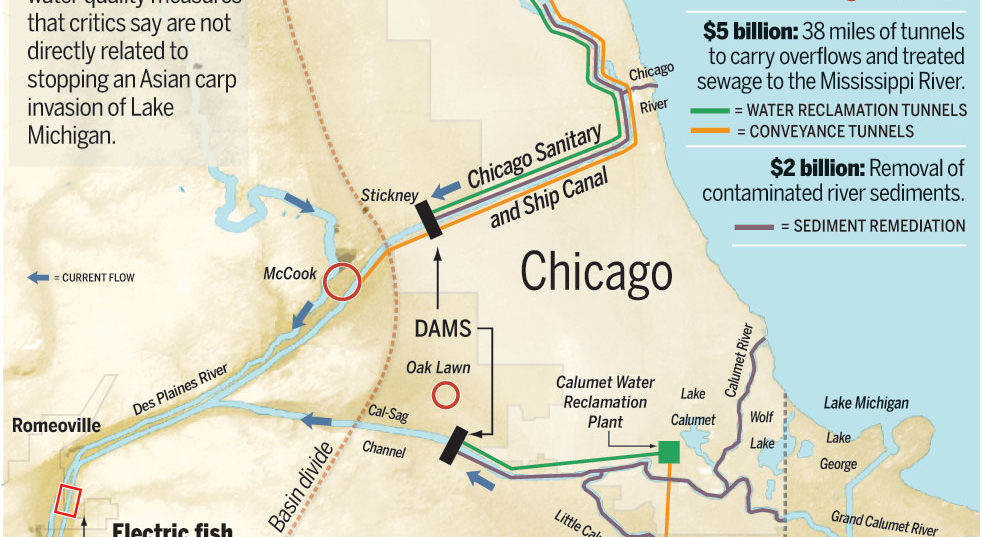 Work continues on Chicago’s big dig — a massive tunnel and reservoir system to protect against storm-driven floods and sewer overflows. The project is expected to take more than a half-century. Now the Army Corps of Engineers is proposing a new tunnel and reservoir project that would nearly double the storage capacity of the one underway. It’s part of the agency’s plan to block Asian carp from invading Lake Michigan. Great Lakes advocates call it overkill. 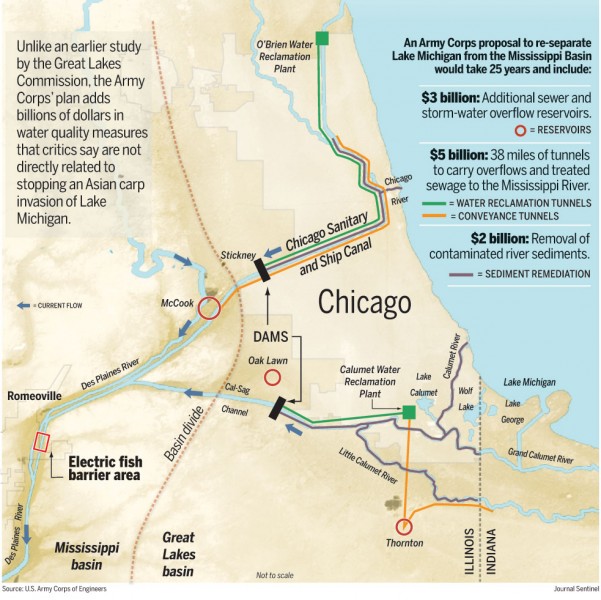