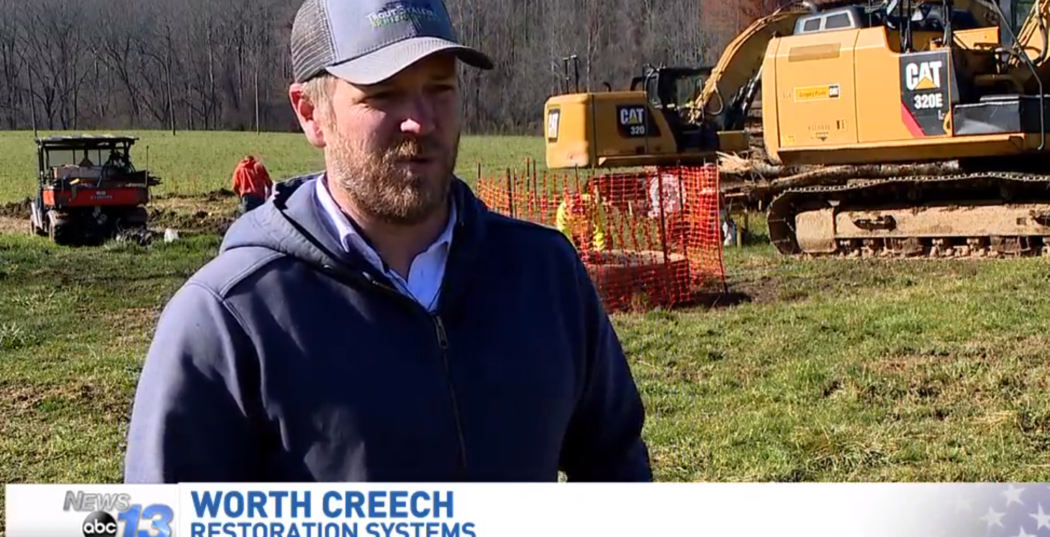 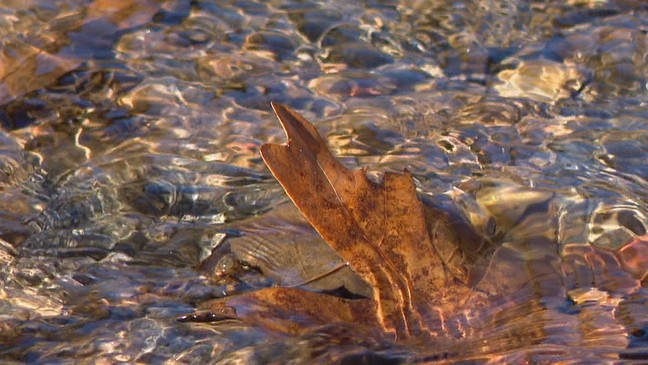 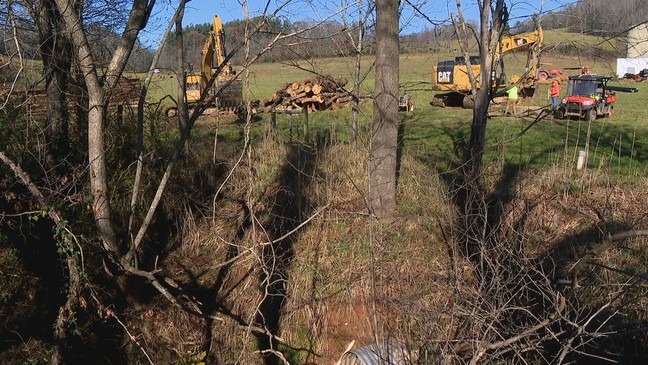 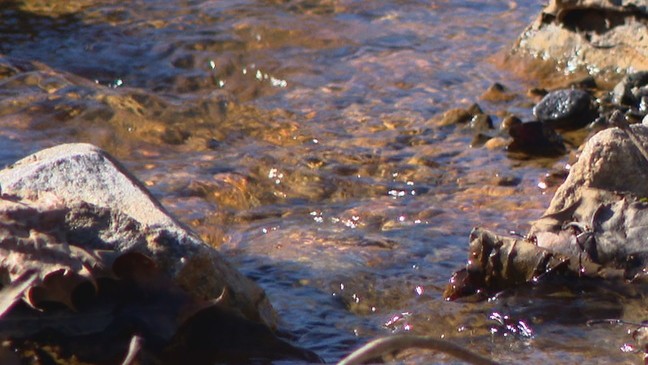 Warren Wilson College is changing course, rerouting its eight streams back to their original paths.

The project is funded, in part, with government purchased Stream Mitigation Credits to offset the negative effects of construction on the I-26 Connector Project.

“It’s hard to believe, this was buried in the 1930s,” says Worth Creech, referring to one of the streams. “So we’re going to take it out of these pipes that are underground, and we’re going to re-meander it through this farm field, then into the Swannanoa River.”

Creech is heading up the rerouting project of the 11,000 linear feet of streams, which all flow into the Swannanoa River.

“The bugs and birds will have more access to this creek. The water quality will improve, and it will be a lot prettier as well,” explains Creech.

“The meanders are really important for settling out sediment, that would get into the Swannanoa River otherwise,” says Dr. Dave Ellum.

Ellum, the college’s Dean of Land Resources, says the hands-on learning opportunities are endless. He adds more than 100 students are involved in the stream reroute, whether it’s through monitoring water quality, doing research, or planting native foliage on the stream banks. “A lot of undergraduate research theses will come out of here, especially over the next ten years as we find out the results of this project,” says Ellum.

Alex Manzarr is one of Dr. Ellum’s students. “Ecological restoration is a really cool field and something I’m considering getting into. So, I’ve been really fortunate to have this right in my back yard to get a sense of what it would be like.,” says the junior.

The project is expected to wrap up in February.