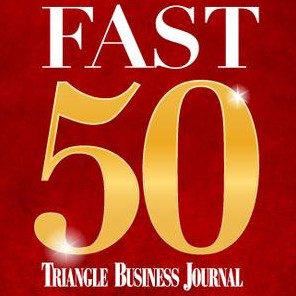 Surprisingly perhaps, over seventeen years in business RS has never had a “business” article written about our firm. We have had specific projects covered as ecological interest stories, and even some controversy, but never a word in the business pages or the local biz journal.

But last year we decided finally to show some leg and entered the Triangle Business Journal’s ‘Fast Fifty’ growing companies competition. We were surprised (to say the least if you saw us jumping up and down) to place….drum roll please….#2!!

One thing led to another and RS was the featured company in TBJ this week. Considering how dynamic and prosperous our region is, it is a genuine thrill to be covered so well in these pages. Amanda Hoyle did a great job and we look forward to providing her — and you — more frequent updates regarding our progress as a business.

A business that banks on regulations by Restoration Systems, LLC

A business that banks on regulations

Friends since high school and college, George Howard and John Preyer are used to the confused looks they often get when they explain the business model of Restoration Systems LLC, the company they started together in 1998.

The company specializes in environmental mitigation banking, a field of business that didn’t exist before 1995. That was the year that the federal guidelines for mitigation banks were established as a compromise option under the Clean Water Act of 1973, the federal government’s primary law governing water pollution.

Former U.S. Sen. Lauch Faircloth, R-NC, then a member of the Committee on Environment and Public Works, helped craft the federal guidance for mitigation banking. And John Preyer, at the time, was serving as his legislative director.

And to that, a niche industry – and a business plan for Restoration Systems – was born.

Mitigation banks offer a third alternative that didn’t exist before for developers of roads, utilities and buildings that might be doing damage to a nearby water resource, such as a stream or wetland.

If trying to qualify for an environmental permit, a property owner or developer must:

1) Avoid the protected property altogether if possible;
2) Minimize the potential damage or impact to the property; and
3) When all else fails, mitigate.

“And in that order,” Preyer says.

“We come in at the end of the day, after they have already worked to avoid and minimize,” he says. “If you are looking for a positive environmental outcome, we are doing it.”

Restoration Systems proactively finds and buys conservation easements from property owners for the purpose of restoring streams and wetlands or protecting threatened species from the future encroachment of development and growth. Once a project has been signed off on by both federal and state agencies, the company sets up a mitigation bank, or a system in which to sell “credits” or pieces of a restored stream or wetland to help make up for any damage that might be done to a nearby water resource from another construction project. Credits can cost $14,000 each, or it might be cheaper if it’s a large transaction. The company also manages restoration projects on behalf of government partners or companies that don’t have to be sold through a mitigation bank.

Preferably, Howard says, the impacted projects “share the raindrop” with the stream or wetland property so that the damaged and the improved property impact the same body of water.

Mitigation banking is usually a last-ditch option for builders, but it’s a a growing industry that Restoration Systems is helping take nationwide.

It’s also one of the most-regulated industries in the environmental market, Howard says.

“Developers don’t want to have to pay for credits. Conservation interests don’t want development there in the first place. We have to answer to everybody,” he says. “It’s the good guys and the bad guys these days, and we like being the good guys.”

In Texas, the company has partnered with Morehead Capital Management, a Raleigh-based hedge fund, and a Texas land trust to restore more than 20 miles of streams on the Katy Prairie near Houston. The project is the largest permitted stream mitigation bank in the U.S.

Restoration Systems is also a lead partner in the sale of off-set credits to companies in the wind, oil and energy industries across the Southern Great Plains.

Howard shows from a aerial map the desolate lands in northern Texas, Oklahoma and Kansas that Restoration Systems has invested in to preserve sufficient grassland habitats for the lesser prairie chicken, a threatened species whose population has dwindled to around 17,000 birds in recent years.

This breed of bird is particularly sensitive to things that are taller than its grassy habitat – like the oil rigs that dot the landscape of the Southern Great Plains.

“They don’t like anything over three feet tall, or they’ll stop mating,” Howard explains,

“With these bigger projects, we’ve caught the eye of national investment firms, and the deals are getting more sophisticated,” Floyd says.

Their goal moving forward is to smooth out that revenue stream and keep a more stable inventory of credits to sell in the parts of the country where demand is expected to grow.