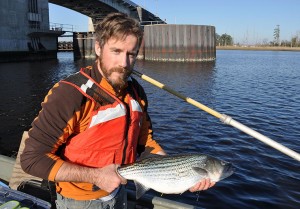 Sometimes the best works of mitigation bankers go unrecognized, but perhaps not forever. Today we were thrilled at Restoration Systems to see N.C. State University report that our removal of the Lowell Dam on the Little River, a tributary of the Neuse River, has contributed to the improvement of the fishery. We’ve known that for some time — but always gratifying to see it in the journals.

Here is the story from State: 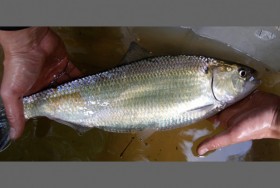 The researchers focused on a small tributary in North Carolina called the Little River, where three dams were removed in the late 1990s and early 2000s. American shad (Alosa sapidissima) spend the bulk of their adult lives in saltwater, but return to freshwater rivers like this one to spawn. While in these freshwater environments, the adult shad do not feed. As a result, many of the adult fish die before they have a chance to return to the ocean.

Between 2008 and 2010, the research team tagged, weighed and released approximately 3,000 American shad at a weir – or fish gate – that was sited at one of the dam removal sites on the Little River. The shad were tagged on their way upstream to spawn. Researchers set up antennas along the length of the river to detect the fish tags, allowing the scientists to tell how far upstream the fish traveled.

“Shad were using all of the restored habitat,” says Dr. Joshua Raabe, lead author of a paper on the research and an assistant professor at University of Wisconsin-Stevens Point who worked on the project while a Ph.D. student at NC State.

“This is important because upstream sites are generally higher-quality spawning sites, which should improve survival of eggs and juvenile fishes,” says Dr. Joe Hightower, co-author of the paper and a U. S. Geological Survey scientist and professor of applied ecology at NC State. “For example, some key predator species, such as flathead catfish, become less common the further you go upstream.”

The researchers found that weight loss was primarily linked to water temperatures and the amount of time the fish spent in the river, rather than how far upstream the fish went to spawn.

“This tells us that the longer fish are detained the more weight they’ll lose, the more likely they are to die and the less likely they are to reach preferred habitat before spawning,” Raabe says. “This is important information when considering waterways where dams or other obstacles could slow the shad’s progress.”

“Basically, the clock is ticking and these fish have a job to do,” Hightower says. “The study indicates that anything we can do to improve fish passage should improve survival rates.”

The paper, “American Shad Migratory Behavior, Weight Loss, Survival, and Abundance in a North Carolina River following Dam Removals,” was published online May 13 inTransactions of the American Fisheries Society. Hightower is also part of the U.S. Geological Survey’s North Carolina Cooperative Fish and Wildlife Research Unit based at NC State. The research was supported by the U.S. Fish and Wildlife Service.

Published: online May 13, Transactions of the American Fisheries Society

Abstract: Despite extensive management and research, populations of American Shad Alosa sapidissima have experienced prolonged declines, and uncertainty about the underlying mechanisms causing these declines remains. In the springs of 2007 through 2010, we used a resistance board weir and PIT technology to capture, tag, and track American Shad in the Little River, North Carolina, a tributary to the Neuse River with complete and partial removals of low-head dams. Our objectives were to examine migratory behaviors and estimate weight loss, survival, and abundance during each spawning season. Males typically immigrated earlier than females and also used upstream habitat at a higher percentage, but otherwise exhibited relatively similar migratory patterns. Proportional weight loss displayed a strong positive relationship with both cumulative water temperature during residence time and number of days spent upstream, and to a lesser extent, minimum distance the fish traveled in the river. Surviving emigrating males lost up to 30% of their initial weight and females lost up to 50% of their initial weight, indicating there are potential survival thresholds. Survival for the spawning season was low and estimates ranged from 0.07 to 0.17; no distinct factors (e.g., sex, size, migration distance) that could contribute to survival were detected. Sampled and estimated American Shad abundance increased from 2007 through 2009, but was lower in 2010. Our study provides substantial new information about American Shad spawning that may aid restoration efforts. 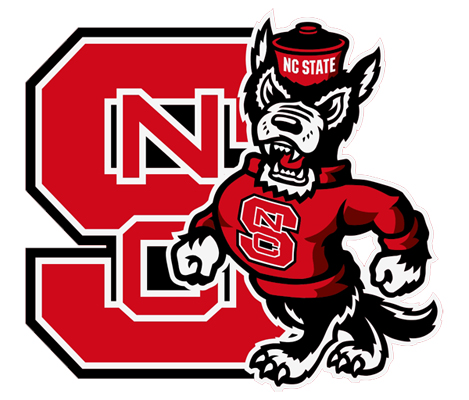