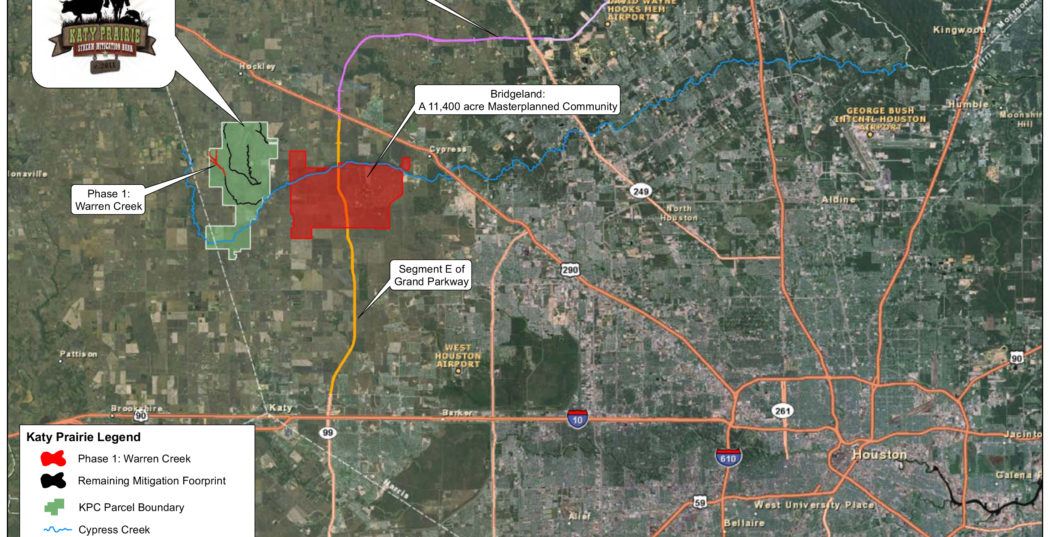 The Katy Prairie west of Houston is in a certain sense ground zero for the recent Texas floods. The section of Harris County where RS’ Katy Prairie Stream Bank is located is an absolutely critical landscape for protecting Houston from flooding — and indeed mitigating the threat that already exists. 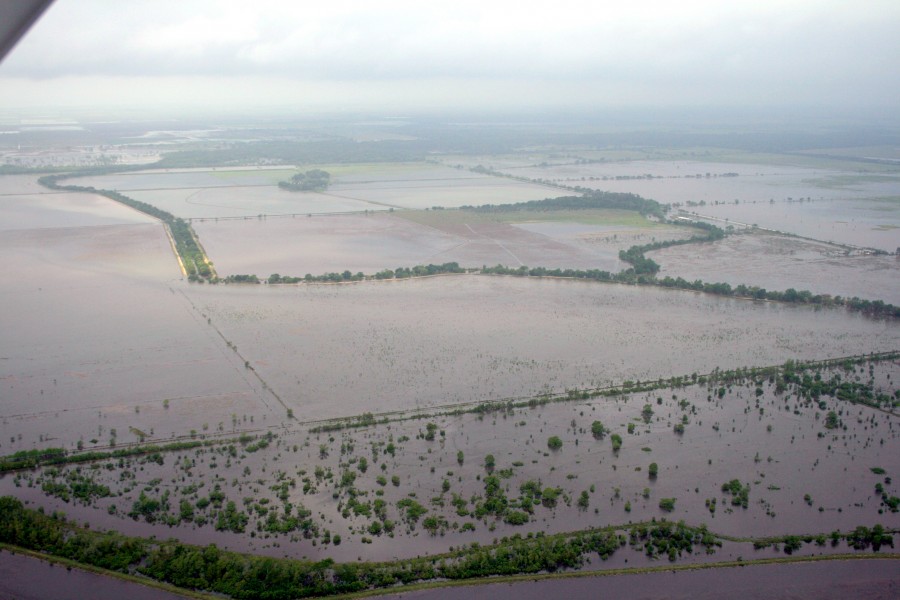 Here is the deal: The 7000 acre Warren Ranch (owned by our partner in the mitigation bank, the Katy Prairie Conservancy) is centered in the last undeveloped expanse of the Katy Prairie west of Houston. It is well known that the relative worsening of Houston floods over time is attributable to the loss of storage capacity upstream as formerly pervious agricultural landscapes are devoured by the ‘concrete beast’ lumbering westward from the city center.

As the city and its environs devours land that once soaked up peak rain events, flooding downstream in Houston increases. The situation is the subject of increasing anxiety for Houston residents and the Corps of Engineers, who operate two flood control reservoirs protecting the city.

The Katy Prairie Stream Mitigation Bank was deliberately located to address these problems. The project is a very positive development for Houston flood control for several reasons:

The 2008 Mitigation Rule is very clear that banks should be located using a watershed approach whereby the purpose and needs of the project are addressed regionally instead of locally. It would be hard to identify any mitigation bank in the country that more appropriately incorporates the watershed approach than the KPSMB. 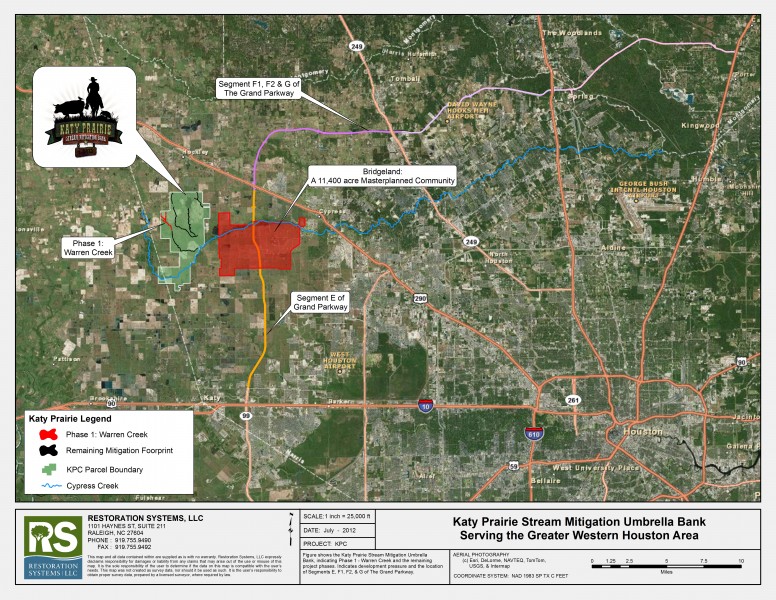 Finally, perhaps you were interested to know how the restored streams fared in the recent deluge? Keep in mind 90% of the time our restored creeks are bone dry (or a “low-energy” system in hydro-parlance) but were designed — hopefully — to withstand every now and then a monstrous event of the scale recently witnessed.

Travis Hamrick popped up the drone and took the photos above and video below. Using a drone is my new hobby, so I watched him very carefully. As they used to say in the Timex commercial, the KPSMB: ‘Takes a lickin’ — and keeps on tickin'”…